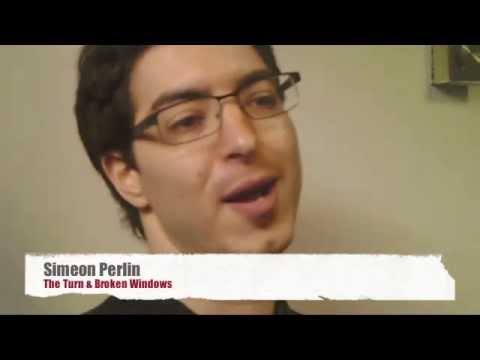 For one week only, at the Arcola’s new-found home, Word:Play 4 will be kick-starting Studio 2 with an injection of revolutionary theatre from the best new writing talent.

Following the critical, sell-out success of previous incarnations, our flagship project Word:Play will be championing the next generation of new writing with six specially-commissioned fifteen-minute plays inspired by the word “Revolution”.

Broken Windows, Daniel Smith
For Bobby B, grafitti’s not just a hobby, it’s a lifestyle choice. But can politics and spray paint ever mix?

The Collectors, Jaki McCarrick
As Ireland faces financial freefall, Virgil has a novel way to recoup his losses. Two ordinary people learn how extraordinary they really are.

The Turn, Siân Owen
The funfair has come to town! But it’s not all fun and games. A dark comedy about fairground attractions, as four people try to break the cycle.

David, Daniel Kanaber
“It’s amazing how much life fits into so little time”. A portrait of one summer and its impact on a lifetime.

Let Them Eat Cake!, Katie McCullough
Couples picnic in the park, but the course of true love never did run smooth. Sometimes what you want is simply not on the menu.

“With Word:Play, Box of Tricks is giving six playwrights the chance to experiment with new work in a safe space, but the benefits of this type of bite-sized theatre extend to the audience too... What we get with such an evening of work is a reminder that great plays don’t just emerge fully formed on the stage at the National Theatre or the Royal Court... For a fascinating glance into the world of playwriting, bite-sized theatre is well worth finding the time for.”

“Becky Prestwich kicks us off with King of the Castle... a well-written and heartbreaking piece of theatre... The Collectors by Jaki McCarrick [is] a moving, shocking and powerful piece... Siân Owen’s offering, The Turn, is a charming piece of writing... This piece shines with originality... David, written by Daniel Kanaber[:] witty writing means this tragic monologue is light and humorous... Katie McCullough ends the evening with her Let Them Eat Cake... With delightfully funny and inspired performances from Worthing and Dowd it is a memorable way to end a memorable evening. The design by Stephanie Williams, and direction, from Box of Tricks’s Artistic Directors, Hannah Tyrrell-Pinder and Adam Quayle, were simple and perfectly suited to each play... This is exactly the type of showcasing of work that should be done more often.”