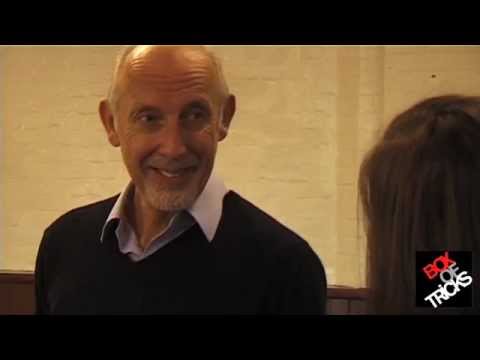 “You shouldn't keep secrets. Secrets keep you up at night. They stop you sleeping.”

Adam and his father have never been close. For Adam, Manchester is the sprung dancefloor at the Ritz and cider on the 42; for Frank, gaslights and cobbled streets.

In the wake of his mother’s death, Adam returns to Manchester with his girlfriend, promising a fresh start. But when Amy, a teenage girl with a troubled past, strikes up an unlikely friendship with his father, unspoken tensions reemerge.  Family bonds are tested and secrets refuse to remain hidden as Manchester becomes a whole new city.

Following the success of Streetlights and Shadows, Becky Prestwich’s Letting in Air is a lyrical family drama about the ones we love and the secrets we keep.

“Smooth and powerful production. There is a sense that Prestwich was not ready to let go of her creations, and you can see why. As the house lights go up it is a hardened audience member who does not regret parting with them as well.”

“This is a wonderful small play. Once the elements are put in place the story takes on its own momentum and develops into a highly rewarding exploration of the emotional cost of censoring family secrets... A few decades ago we used to enjoy one-off plays like this every Wednesday on the BBC.”

“This really is a fantastic production with a strong cast... I left the theatre moved and interested to learn more about Becky Prestwich's work”

“A thing of rare beauty, this high quality production deserves a wide viewing. Attention above-a-pub theatres: more of you should stage plays like this... A very satisfying night at the theatre and highly recommended.”

“The superb cast portray Prestwich’s characters in all of their tortured glory under the subtle direction of Adam Quayle... A fantastic piece of new writing which reminds you just how excellent fringe theatre can be – providing the space for new voices to be heard and Prestwich’s is a voice that really must be listened to.”

“Fantastic, gripping, funny and heartfelt play... There’s nothing that doesn’t feel real, acutely observed and utterly believable... The cast is superb... exquisite moments throughout, both very funny and very sad... Just go and see it, please, it’s a wonderful play.”

“Prestwich has constructed a taut, intriguing play... Rebecca Elliot brings a fresh and unexpected quality to the part. Edmund Kente gives a subtle, layered performance as Frank... Tessa Mabbitt is warm and personable as Olivia... Prestwich has an original voice as a writer, quirky and questing.”