Following a triumphant premiere at The Lowry, Salford last week here’s a first look at the reviews for our new production, Under Three Moons:

“Darren Kuppan and Kyle Rowe excelled in this production… This play is an extraordinary and thought-provoking look at a subject that is often ignored. It is beautifully acted and has a great balance of honesty and avoidance, humour and seriousness… I encourage you to go and see it!”
★★★★★ North West End

“A smart, honest account of the male psyche, told at times with warmth and affection… It’s refreshing to have a production that leaves you to come to your own conclusions and certainly one that will spark conversation and debate… A rich, engaging contemporary production with a strong message about one of the big issues of our times, done with great thought and consideration”
★★★★★ Culture Vulture Reviews

“Hooked from start to finish… Under Three Moons really highlighted the cyclical nature of life and how people can transition from misfortune to success and likewise how quickly things can crumble. But the underlying theme of mental health awareness, particularly amongst men, where things remain unsaid, made this production all the more provoking.”
★★★★★ Fairy Powered Productions

“Box of Tricks is the real deal…  Darren Kuppan (Paul) and Kyle Rowe (Michael) are both excellent… It’s a kind of magic.”
★★★★ Quays Life

“The durability of male friendship is explored to persuasive effect…  In the here and now, as the pair bicker, bond and bounce off one another, their relationship is a believable one. This is down, in no small part, to the performances of Kyle Rowe and Darren Kuppan as Michael and Paul, and Kanaber’s ear for dialogue. As the conversations ricochet between inane banter and poignant introspection, the male ability to say a lot without saying very much at all is keenly demonstrated.”
The Stage

“Box of Tricks is undertaking inspiring and wonderful work. Sharing playwrights and their new writing with audiences around the country… Kyle Rowe (Mike) and Darren Kuppan (Paul) have a comfortable and natural connection on stage. With the help of Kanaber’s writing, their characterisations are on the mark… affectionate and humourous… A beautifully simple design… Kanaber’s writing captures the authenticity of the characters and men’s dialogue, in conjunction with the humorous and naturalistic acting.”
★★★½ Reviews Hub

“Daniel Kanaber’s writing has a beautifully natural flow… Rowe and Kuppan hold your attention throughout. These are mighty real performances with a magnetic quality which draws you to the exquisite writing… Funny and charming, Under Three Moons puts a spotlight on male friendship and what happens if we keep it all in. The effect is dazzling… Box of Tricks have produced a perfectly formed play”
I Love Manchester

“As the two friends, Darren Kuppan and Kyle Rowe skilfully depict the transition from boyhood to manhood both physically and emotionally, each mapping out the changes in their characters with thoughtful precision. Their nuanced performances hold the attention, explicitly exposing the vulnerability at the heart of this subtle and considered portrait of male friendship.”
Circles and Stalls 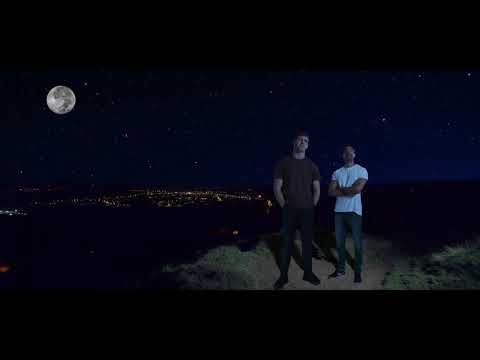