“Sailors and sound effects are a perfect match in a wartime tale. Lizzie Nunnery’s play with music captures bittersweet memories of the North Atlantic convoys as documentary meets melancholy ballad… Narvik is not like anything else I have heard in the theatre… Full of rich material… A compressed exploration of the effects of war, reaching out to a language other than words.”
★★★★ The Observer

“It has a dreamlike eeriness — and it is acted with a raw and intimate directness… The songs — from wistful, rippling sea shanties to lusty drinking anthems and yearning rhapsodies — are pungently atmospheric, accompanied by an on-stage three-strong band… It has a tang and a tenderness that linger.”
★★★★ The Times

“A thrillingly theatrical encapsulation of a little-known theatre of war.”
★★★★ The Guardian

“Narvik is a strong ensemble piece spearheaded by a charming performance by Joe Shipman… An enchanting, affecting evening of theatre.”
★★★★ Reviews Hub

“Nunnery’s compelling script and Hannah Tyrrell-Pinder’s innovative direction quickly draw you in and you can’t help but get swept away in the story. A compelling story of love and loss and a thrilling piece of local theatre.”
★★★★ Frankly My Dear

“A powerful and profound play that makes a valuable statement about the realities of love and war.”
Manchester Theatre Awards 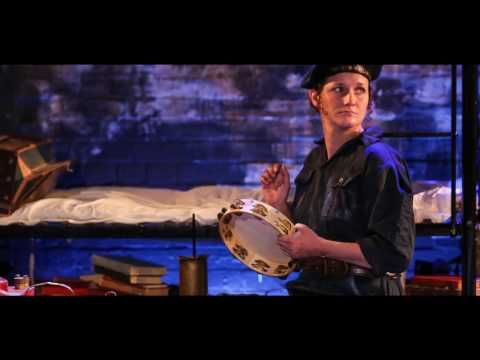